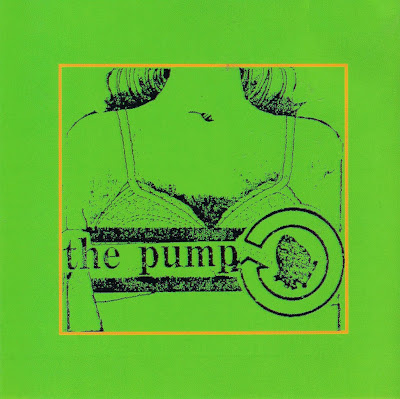 Influential and uncompromising, Nigel Ayers chooses to remain underground even as his ideas are continuously appropriated by ambitious pop culture surface dwellers.


I've a feeling Nigel may actually have written that himself, but he's probably earned the right over the years, not least because it's roughly true - whether by coincidence, foresight, or actual influence, Nocturnal Emissions seem to have foreshadowed the mainstream on quite a few occasions, and it's a shame he hasn't received a little more recognition considering all the talentless fuckers out there busily taking credit for things they never did.

Nocturnal Emissions seemed pretty astonishing when they first began putting out albums, and I vividly recall the excitement in getting hold of Tissue of Lies - then not so easily done as buying, for example, Prince Charming by Adam & the Ants from the local WHSmiths - and having no fucking clue what the thing was going to sound like. Even given all the tripe that has since been churned out in the supposed name of industrial music, I've still heard very little that sounds quite like Nocturnal Emissions, which should be surprising as they were in the early days one of the few groups to whom one might legitimately apply the term by virtue of records which sounded like some automated industrial process, as opposed to - off the top of my head - a man softly whining into his acoustic guitar beneath a poster of Adolf Hitler upon which is inscribed he never done no wrong in Japanese characters. Nocturnal Emissions were noisy, but a long way from the artfully manicured noise of Throbbing Gristle with all those swirly bad acid trip sounds, more like grating urban cacophony roughly bolted into a shape resembling music, or at least art - just a racket at first, but after two or three plays it begins to sink in, just as you hear music in the automated rhythm of machines if you work long enough in a factory. It's often more like something channelled than composed - the diseased consumer spirit of western society, the true noise which reveals Second Annual Report to be a Pink Floyd album at heart; and it all started here with The Pump, remastered and reissued, which is nice as I never got around to buying the cassettes at the time. Some of it sounds a little more basic than Tissue of Lies or Fruiting Body, presumably having been originated on cassette recorders, but it's very clearly derived from the same fountain of filth. This is a weird and outstanding collection.

Available from Klanggalerie and Earthly Delights.

Posted by Lawrence Burton at 10:07