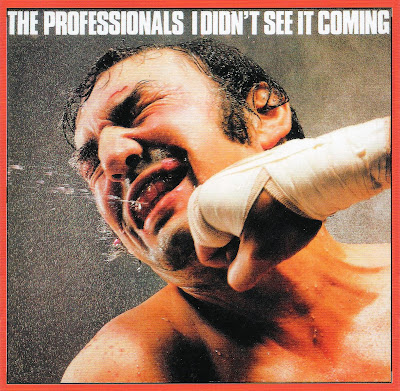 As a kid, the Sex Pistols were roughly the first group I discovered that weren't the Beatles, Abba, or the Wombles. I recall my dad talking about some pop stars who stuck safety pins through their noses, and I remember one sunny day when he came in from the afternoon's milking chuckling about a song he'd heard on the radio called We're So Pretty Vacant.

Arf arf, my mum conceded and we all laughed.


Then my friend Sean showed me his Sex Pistols record, the one with the cartoon of Sid Vicious on the cover and Friggin' in the Riggin' on the other side. I was thirteen and that was more rude words than I'd ever heard in my life, plus I was intrigued because I couldn't quite work out if the band were real or not - which is probably thanks more to Sean and myself giving his Wombles album such a hammering than the cartoon on the cover. In any case, all I knew for sure was that I had encountered magic of some description. Clearly the music industry held the same view, milking the Sex Pistols cow for every last drop, every last variation or loose association; and I was fascinated by the Adrians Records mail order catalogue with its own special Sex Pistols section featuring rare discs by people who had once made some sandwiches for the band, or who simply had a picture of Sid Vicious on the cover of their single - not such a worthless exercise as you might think given that 99% is Shit by the Cash Pussies turned out to be pretty damn great, and just the sort of thing that the idiotic McClaren probably thought he was doing.

The Professionals were of course what Steve and Paul did next, so naturally I awaited the fruits of their labours with punky anticipation; although it's sobering to listen to this stuff now and realise that it's probably how the two of them hoped the Sex Pistols would sound, had McClaren not tried to turn them into the New York Dolls - basic power pop roughly in the tradition of the Kinks, Small Faces and so on. This shouldn't be taken as an indictment, reducing the pair to Lydon's backing band as some might have it. Steve Jones' guitar sound remains pretty much unique even thirty years later - a great big burping Cockney steamroller of noise somehow aspiring to the sort of music that works best in fast cars. It actually sounds nourishing, good for the soul in some way.

I Didn't See It Coming is a weird album, and one that admittedly should have been better: great, punchy, anthemic songs produced as though someone was hoping for a spot on one of those John Hughes film soundtracks, the sort of thing with a scene in which Michael J. Fox rolls up the sleeves of his suit jacket and leads American teenagers in eighties dancing upon the hoods of cars stalled in a gridlock, cars driven by squares who don't understand young people. Steve Jones was ever a bit of a singing bricklayer when it came to vocals, but the production here makes a futile effort to smooth out his rough edges leaving the poor sod sounding like a backing singer on his own record. This CD reissue also includes the earlier Professionals singles - on which he sounds much better - and which are pretty hard to fault. He was never the greatest vocalist, but on the other hand, there's not many that could get away with:

We all know how it ends,
For the rock 'n' roll Hollywood God,
Found by one of your friends,
With your head flushed down the bog.


So, it's smoother than it probably should have been, but even given all of the above, I Didn't See It Coming is still a thumping good collection; another one to add to the list of things that need remixing by Steve Albini.

Posted by Lawrence Burton at 08:09

Email ThisBlogThis!Share to TwitterShare to FacebookShare to Pinterest
Labels: Abba, New York Dolls, The Beatles, The Kinks, The Professionals, The Sex Pistols, The Small Faces, The Wombles