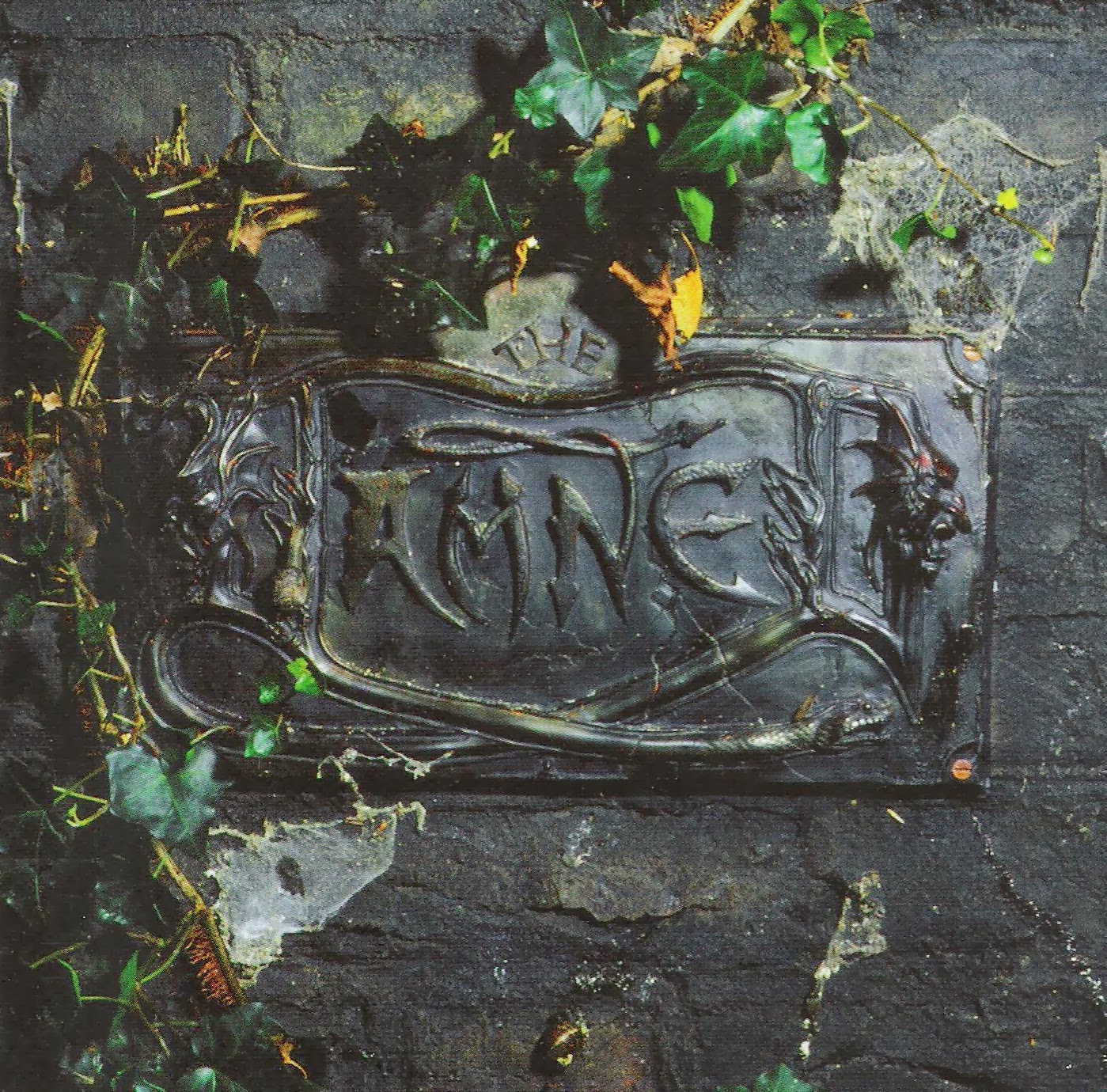 There's an argument for The Damned's Machine Gun Etiquette being one of the greatest punk albums of all time, but I'd probably go further and nominate it as being potentially the greatest record ever made, which of course means it would have been something of a tough act to follow; and they almost managed it.

I bought The Black Album in the week it came out, but for reasons I no longer recall, got rid of it at some point - probably one of those ludicrous purges teenagers such as myself would impose upon their record collections from time to time. I remember liking the album too, but presumably must have concluded that it just didn't fit in; and by the time I'd begun to regret the decision it had been reissued as a single album which offended my collector sensibilities for reasons that no longer stand up to scrutiny. Anyway, buying it again as a double CD with a ton of extra tracks, I sort of see what the problem may have been, namely that both The Black Album and the band who recorded it really didn't fit anywhere; and this is probably why, of that generation, people are still banging on about the Sex Pistols, The Clash, and even Eater if you can be bothered to hunt around a bit, but where The Damned are concerned, not so much.

The Black Album was a bit of an oddity in 1980. First generation English punk groups were branching out left, right and centre, distancing themselves from that which they had inspired and which had increasingly taken to belching out yappy dirges about Thatcher in a studded leather jacket with the word BALLS painted on the back in Tippex. The Damned in particular took the opportunity to further pursue their increasing musicality into territories formerly populated by the quirkily English and whimsical, experimental prog rock types, and psychedelic garage bands of the 1960s. The Black Album actually sounds like a hell of a lot of different things, such is its variety, stretching even to the beautifully breezy-and-yet-sinister Dr. Jekyll and Mr. Hyde which Frank Sinatra probably could have covered without stretching a point too far. The problem with this, depending on how much you care about such things, is that for a short time it seemed to have left The Damned in an awkward place - the punk band who turned out to be Pink Floyd after all, but somehow weren't sufficiently po-faced to pull it off as they might have done had they all met at art school. I suspect this may be part of the reason why The Black Album doesn't quite seem to be remembered so well as it possibly should be, and maybe why I ended up flogging my original double vinyl - I couldn't decide where it appeared on the Joy Division to Splodgenessabounds spectrum, because clearly I was a fucking idiot.

Casting expectations aside, The Black Album gives very good account of itself once allowed to work on its own terms. Musically it is the fruit of major talents in regard to both composition and delivery, and Dave Vanian surely has to be one of the most underrated vocalists of his generation. The song writing is intelligent and yet still raucously funny, somehow managing to keep a hold on the energy which made Machine Gun Etiquette so exciting whilst doodling all sorts of baroque scrollery around the edges, resulting in the equivalent of Smash It Up played on a harpsichord, or summink.

I'm gonna be a lazy slob,
Stuff the folks and sod the job.
And tell the foreman that I'm ill,
And in a week I'll be here still.
Yes I will.

Take a look outside,
Those lively arts are on the slide,
And culture's just a bore,
When you're angry ,young and poor,
But if I got my way,
Those idle rich would pay,
When the discussion starts,
On the lively arts.

Oddly, as a whole the succession of the first eleven tracks almost seems to hint at a narrative at least of the kind The Who have turned into feature films, although this may be an illusion fostered by a passing resemblance to the same at a few intervals, or at least The Who with a superior vocalist and better songs; or maybe I mean Roxy Music, a sort of Addams Family revision of their first few albums, something in that general area...

That said, although the seventeen minute long Curtain Call is nice enough as The Damned doing Gong or one of those Krautrock bands, I can see why it was left off the initial reissue; and the same is true of the six live tracks which, on record, only really make you want to listen to the studio versions. This double also includes a stack of singles and b-sides which are nice enough, but really all you need are the eleven songs from Wait For the Blackout through to Therapy, the part which counts and which came so close to serving as a respectable follow-up to Machine Gun Etiquette without entirely repeating the formula.
Posted by Lawrence Burton at 08:10