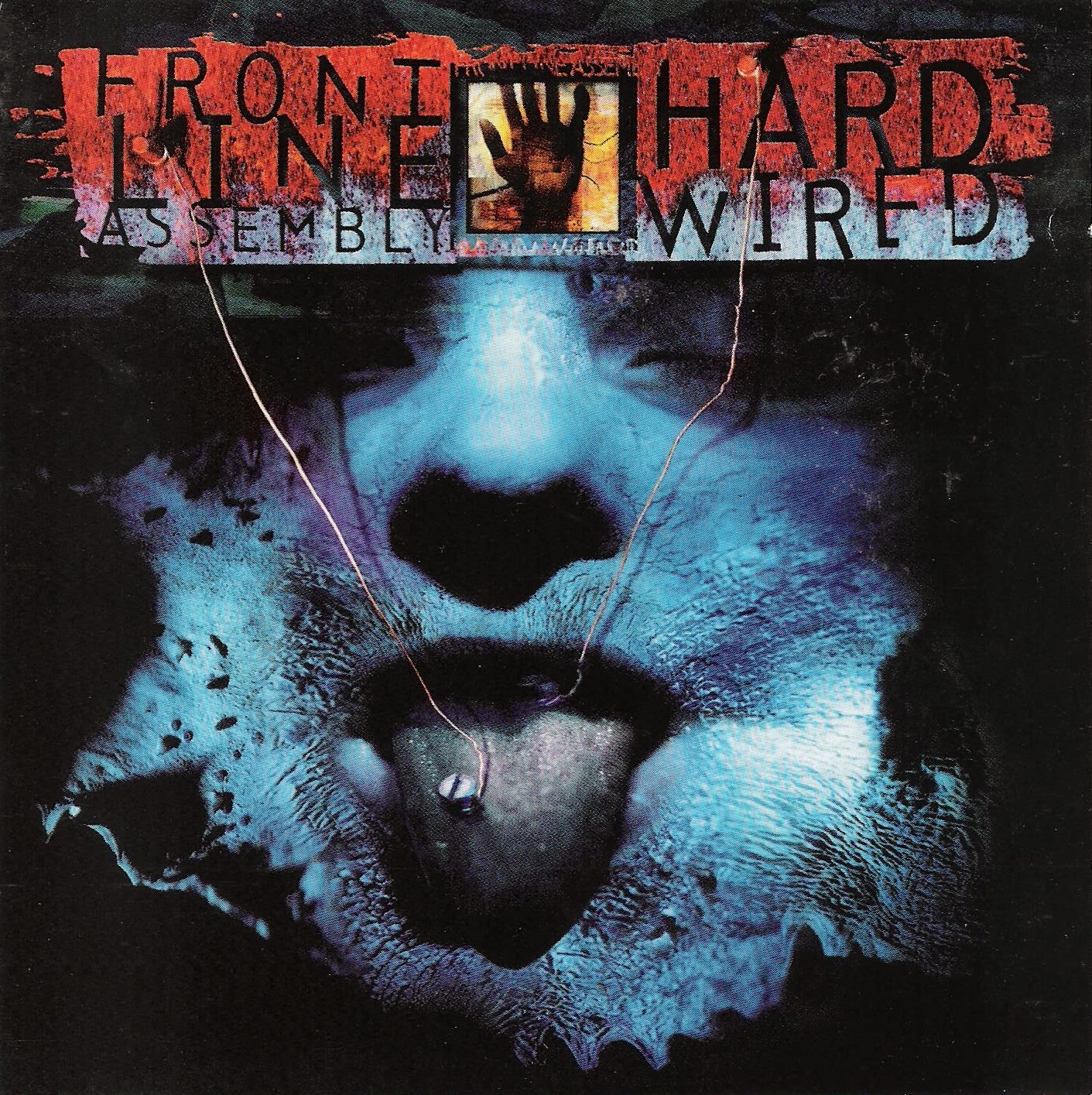 I shouldn't really like Frontline Assembly, and yet I find them difficult to resist. They seem at times like just one of a million bands who watched Blade Runner and then tried to pass themselves off as a strategic futuristic entertainment delivery unit, as opposed to a bunch of blokes stood around frowning at a drum machine. I first heard them when Gary Levermore of Third Mind Records bunged me some freebies because I'd painted some of his record covers and he's a generous sort of bloke. Amongst said freebies was Disorder which was nice enough, but did sound a lot like an angrier version of mid-eighties Cabaret Voltaire - a ton of sequencers with added mysterious whispering. A few years later, Gary blessed me with copies of Caustic Grip and the Virus twelve-inch single, which were at least good enough to compensate for the unfortunate fact of my somehow having managed to quack my pants on the bus as I went over to visit him in Hackney - must have had a bad pint. Anyway, here I am with Hard Wired, the next album on from the stuff with which I am familiar and now, weirdly, of nearly two decades vintage.

One of the many things that irritates me about that which willingly terms itself industrial is the unspoken suggestion of boldly exploring new musical territory in contrast with how balls-achingly generic much of it turns out to be. In a past life I somehow ended up in a pub in Deptford with one of the less interesting members of Konstruktivists and that bloke from Lustmord. I sat listening as they discussed footage of tanks and missiles recently taped off the box for future use as visual material, comparing notes like a couple of stamp collectors. It was kind of depressing to experience such confirmation that all the industrial blathering on about mind control and conditioning was essentially just window dressing and of no greater import than goths pinning plastic bats to their clothes.

Frontline Assembly might appear to epitomise this tendency - all self-consciously darkly sciency song titles like Neologic Spasm, Barcode, or Transparent Species, and even the cover of this one is by comic artist Dave McKean, the absolute master of style over substance. The music itself is unusually formulaic even by the standards of the genre, almost every track being four or five minutes of the same pounding beat, overly busy sequencers, and some guy growling in the background, two out of every three songs punctuated with roughly the same three note minor chord chorus and a few distorted words.

You see what the artist is trying to say here? Me neither, but it probably doesn't matter. The message is perhaps intentionally impressionistic, the invocation of a dark atmosphere, something that sounds good if you're standing in a club sweating your knackers off in leather trousers and sucking your cheeks in.

For all the ham involved, Frontline Assembly somehow manage to pull it off through holding back in just the right places. They suggest rather than shove it down your throat like all those shitty trying too hard bands that mostly turned out to be Alain Jourgensen under one of his many wearying aliases; and the music grows on you because there's a lot going on beneath all the grunting and groaning, tricky little sequences which get right under your skin which you may not even have noticed first time around. Oddly Frontline Assembly put me in mind of those 1978 garage punk bands formed when someone borrowed their big brother's guitar and taught themselves a few Sham 69 numbers. They have that same relentless quality, fevered grunty songs chugging along on a bare minimum of chords reborn fifteen years later as a sort of cyberpunk Ramones, or summink. It's too loud and you probably won't be able to hear the words, but it does what it has set out to do nonetheless, and is as such very toe-tappy.
Posted by Lawrence Burton at 08:51