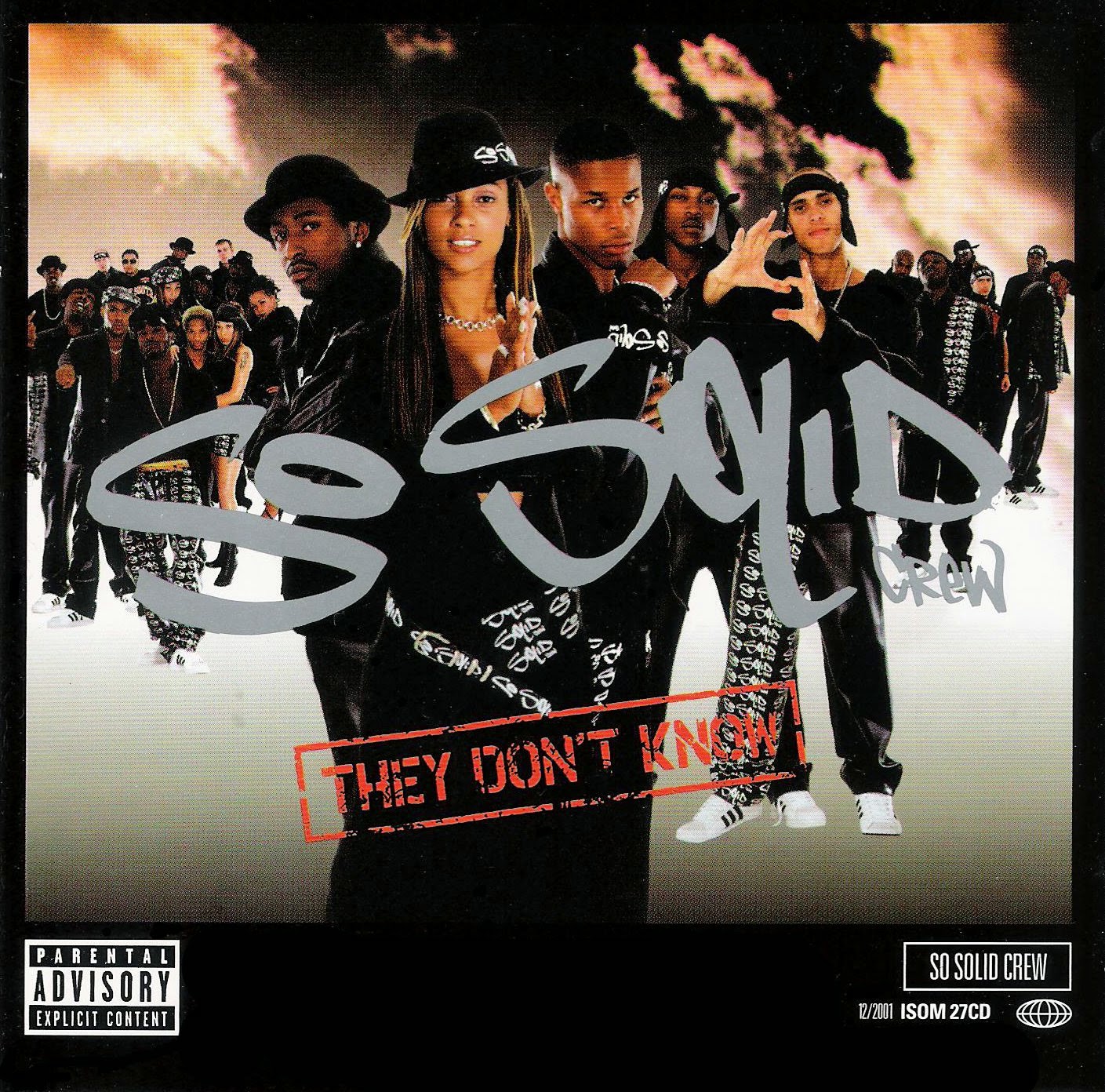 This is another one that sort of passed me by at the time, being as it was another four years before I bothered getting internets, and most of my English rap dollars were spent on purchases based on whatever sounded interesting in Hip Hop Connection magazine and what I could find in the shops which didn't cost stupid money. I know I might have gone to clubs or kept an ear tuned to the pirates, but I had a life, and I was a slightly porky late thirties white bloke, and I wasn't about to start listening to Tim fucking Westwood, obviously. I heard this lot when they broke through onto whatever shit station to which the radio at work had been permatuned, and I stood holding the CD in Sainsbury's for a couple of minutes, but fifteen quid seemed a lot.

So Solid never really received much coverage in Hip Hop Connection, or at least not so much as they probably deserved. This was possibly because homegrown rap was then seen as Blade, Rodney P and a few others, great talents who had been at it for decades but who remained very much rooted in the tradition of British rap as something that sounds a bit like whatever DJ Premier was doing in 1992. So Solid Crew didn't really have anything to do with this tradition, and worse still, they were garage MCs. Garage as it stood at the turn of the century had come a long way from house roots, and at least in England seemed to be a weird hybrid of dancehall, drum and bass, and whatever else happened to be laying around at the time. Garage MCs were, generally speaking, mostly utter shite - usually whoever had put the track together would just ask his milkman to drop a few verses, usually comprising the name of artist and track title as written on the label of the record read out loud in a sort of Tim Westwood voice over and over for a few minutes, as with Pied Piper & Unknown MC - who was probably wise to remain unknown:

Brilliant. Anyway, So Solid were thankfully an entirely different kettle of more lyrical and slightly angrier fish, and, if nothing else, at least deserve credit for selling truckloads of English rap by persons who could properly hold a verse together without it sounding like they were angling for a support slot on De La Soul's fiftieth reunion tour. Furthermore, there's probably a case to be made for So Solid having paved the way for the likes of Roll Deep and other grimier types, at least in terms of showing you could put this stuff out and be heard beyond the pirate stations.

Musically, there's not much going on, mostly just mains hum bass and those weird skittery beats with the occasional bit of a dentist's waiting room melody for garnish; but they do a hell of a lot with very few ingredients, creating an immersive experience - if that doesn't sound too far up my own arse - not unlike hearing this stuff on a pirate station without quite knowing what it is. Thankfully, it's not only a million miles from all that Artful Dodger pop wank, but is actually quite hard to pin down in terms of strongly resembling anything else, before or since. My only real criticism is that Megaman sounds like an eighties children's cartoon character, aside from which, I'm genuinely surprised at how good this is, and how fresh it still sounds.

Posted by Lawrence Burton at 14:33