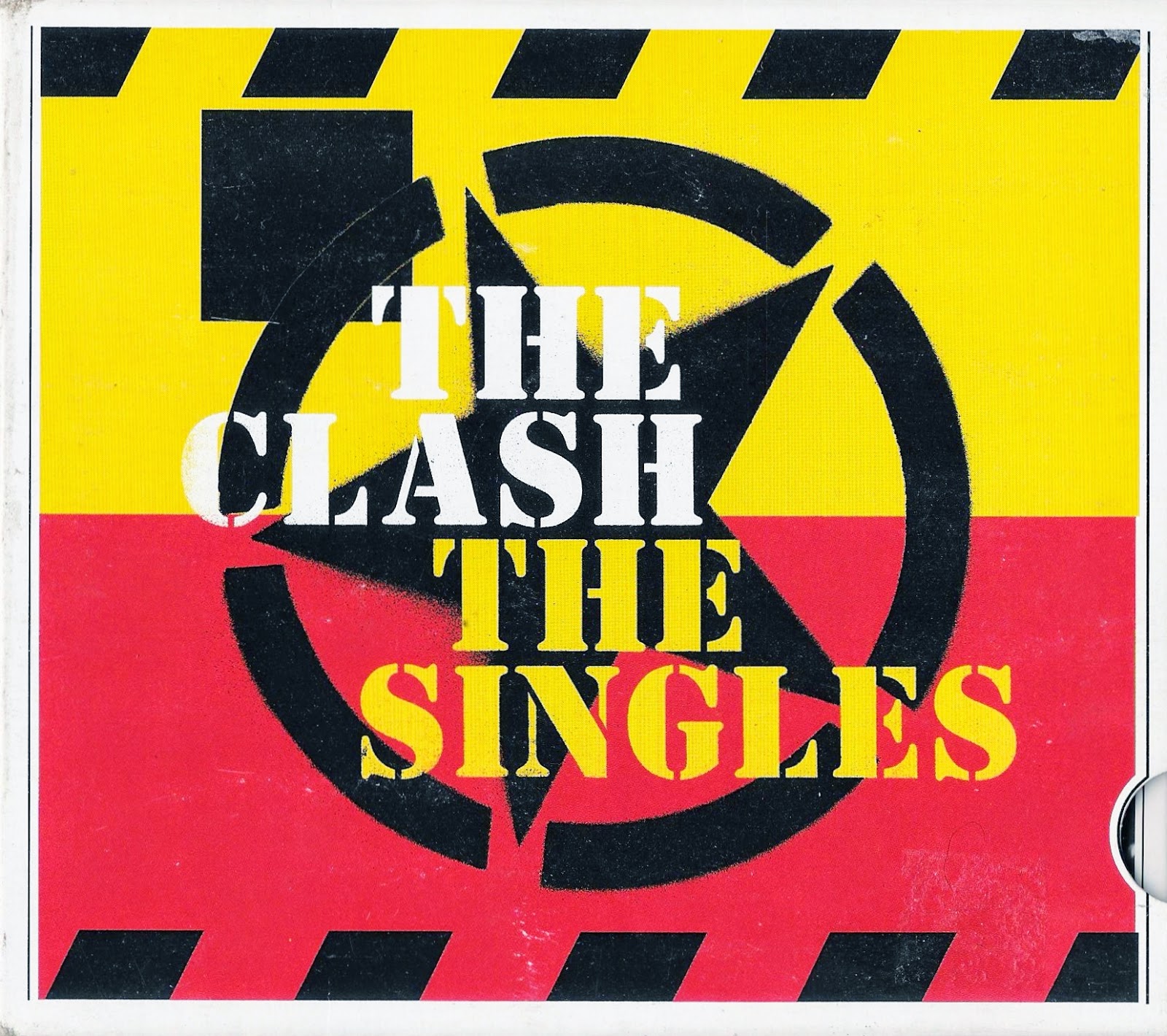 Despite apparently being surrounded by massive fans of the Clash all proclaiming Strummer's brilliance and insisting that one really had to live in London at the end of the seventies to truly understand their appeal - which may well be true given that I didn't and don't - I've always had trouble with this band. It's not something I can really pinpoint with any degree of either ease or accuracy, just a vague sense of bewilderment with their enduring popularity. They were the blokey punk band, it always seemed to me - if you really want to call them a punk band - the boys you could trust if it bothered you that the Sex Pistols seemed like a bit of a novelty act and Siouxsie and the Banshees were too weird. They were the punk band it was okay to enjoy between Bob Dylan albums without spoiling your appetite, upholding a grand tradition of workmanlike efforts in proper rock that would eventually lead to Billy Bragg and Ben Elton; council estate Springsteen, or at least something aspiring to the same. They were so bored with the USA, and then a few albums later they were doing Brand New Cadillac.

Possibly it's simply Joe Strummer, a former boarding school pupil whose Holland Park residence was some way from any council estate, and whose daddy wasn't so much a bank robber as a British foreign services diplomat; as John Lydon has noted on several occasions:


Joe's a very nice bloke. He's just ashamed of his own class roots. Which is of course the antithesis to me. You are what you are, and you should work accordingly with the tools you've been given. But to pretend to be working-class drives me crazy, because that's what I come from and am. When someone tries to pretend to be that, they rubbish my achievements. My repression is not a new coat to be worn so casually as indeed neither is his. We all suffer, but on different levels, and as long as we play in our own fields, we'll all be happy. I might add that living in a council flat is not a jolly romp. That is the bane of my existence; it is not something to glamorise.


There's nothing inherently wrong with having both Lord Snooty and Ivor Lott sat on different branches of one's family tree, but to pretend otherwise is just peculiar. Nevertheless it seems sadly consistent with the Strummer I saw interviewed on one of those four million true story of punk documentaries that were doing the rounds a few years back. I can't be arsed to hunt about for YouTube clips or the exact quote wherein Joe and some other Clash bloke describe their experience at Notting Hill carnival. Apparently a policeman had sort of looked at them in a funny way, and that was what had inspired the song White Riot - you know, police harassment and that, just walking down the road minding your own business looking forward to some smashing reggae music and some of that rice and pea and that, and like some pig looking at you all funny like, all suspicious, yeah? Talk about a police state, you know what I mean?

Furthermore, even had our boy never foreshadowed Rick out of The Young Ones, there was that weird yelpy singing, like he could never quite decide whether he was English or American, like Tim Roth in Reservoir Dogs, someone playing a role.

Of course, the Clash were more than just Joe Strummer, and Mick Jones always seems to have had a knack of keeping things interesting despite overwhelming odds, channelling Nile Rodgers amongst others; and for all his potential, possibly even inconsequential shortcomings, Strummer was involved in some fucking great records even when he sounds like he really, really wants to be Bruce Springsteen, or at least someone a bit more working class. London Calling, Bank Robber, and indeed about two thirds of the tracks here are pretty much untouchable as singles, sometimes in spite of themselves as with The Magnificent Seven with its pitiful yelping rap, and Train in Vain which I'm fairly sure was used in some eighties film wherein Michael J. Fox teaches the squares and adults a thing or two about what it's like to be young; and the rest aren't too bad, by and large, excepting the fucking dreadful Hitsville UK and a few other eighties atrocities which I imagine to be from the same period.

The Clash still sound to me like the one punk band whose compact discs would be allowed anywhere near Jeremy Clarkson's Lamborghini, and they were probably to blame for inventing white reggae when there was actually nothing wrong with the existing black reggae, and for every single album released in 1978 featuring a token reggae number towards the end of side one, although I suppose that's forgiveable on the grounds that the Ruts were great - not least because they probably did it better. If I consider all of the punk bands I ever liked, the Clash will almost always be the very last on the list, below even Chron Gen and others whose names I can barely remember these days; with just one imaginary chart position elevating them above complete crap like Green Day and those pretty fly for a white guy wankers; but for all of this, there really are times when the Clash sounded like the best thing in the world and it makes perfect sense that they should be so eulogised by so many, and those times tend to arise whilst their songs are playing and all of the above is reduced to a whining irrelevance.
Posted by Lawrence Burton at 11:02